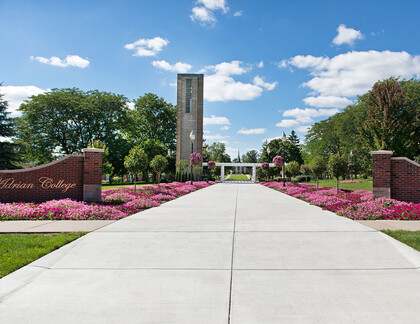 Whatever your background, Adrian College can provide you with the skills and experience you need to realize your dreams. 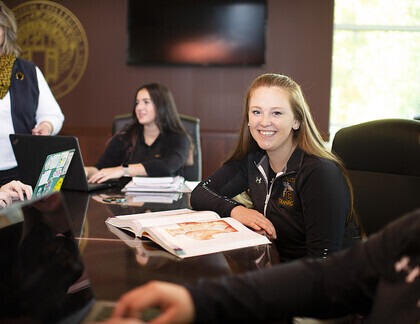 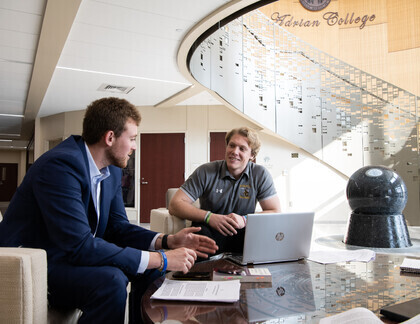 Pursuing your dream career starts with the next phase of your education. When you enroll in graduate school at Adrian College, you’re beginning more than advanced training in your field; you’re accelerating your professional journey.

Want to know how the world works?

At its most basic level, physics is the study of the fundamental laws that govern matter and energy in the universe. By its nature, physics is a broad field encompassing diverse disciplines such as astrophysics, biophysics, condensed matter physics, geophysics, medical physics, atomic & nuclear physics, and particle physics. Toward the end of the 19th century there was a feeling that perhaps the major problems in physics were nearly solved. However, within a few decades “classical physics” underwent a dramatic reformulation with the advent of relativity theory, quantum mechanics, and advances in nuclear science. Around the same time, our view of the universe was shattered by the discovery of galaxies outside the Milky Way, as well as evidence for the big bang and the expansion of the universe. Our universe was suddenly a much larger and stranger place. Today, new discoveries and computational advances continue to change our view of the physical universe and major problems remain to be solved.

The physics major at Adrian College is designed to give the student a thorough understanding of the fundamentals of physics. Our focus is on providing a solid background in the core areas of physics rather than specialization, though some specialized elective courses are available. Our curriculum emphasizes both theory and practice through a combination of lecture courses, laboratory courses, and a senior capstone course. An undergraduate degree in physics provides the foundation necessary for graduate study in physics and related fields but is also excellent preparation for professional work in fields such as education, engineering, law, and medicine. Students considering a physics degree or minor are urged to consult with a physics faculty member in their first semester to discuss the degree options and to develop a 4-year plan.

The typical Adrian College student is anything but typical. They possess drive, ambition, initiative, spirit and a bit of moxie. 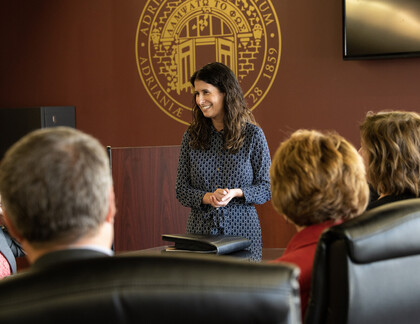 Learn about professors who instruct you and set expectations that raise the bar. These same professors will push, inspire, and encourage you to reach beyond the walls into a learning opportunity that is completely unique. 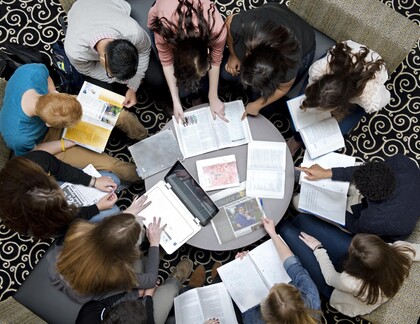 Explore a diverse learning experience through our majors and minors at Adrian College. Our undergraduate, graduate and professional programs are dedicated to the advancement of knowledge and the growth of our students. Through a combination of course offerings, academic rigor and advising, you will find Adrian College offers a foundation for a successful future. 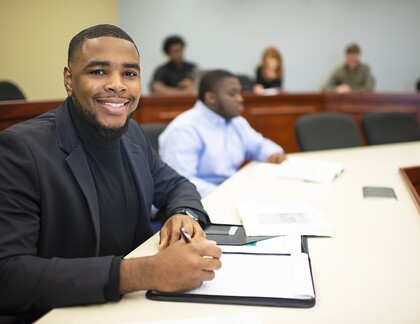 Discover the possibilities within your profession. Find open opportunities in your field and determine what path is best for you and your future. The education obtained at Adrian College is made to fuel your success from here forward.

Begin your
journey at
Adrian College